At Mamba Martial Arts Academy (Mamba MMA) we are a family friendly community-minded martial arts facility, open to everybody, that prides itself on providing a safe and positive environment that is disciplined and focused on morals, ethics and a martial way of life.

Our Team Mamba trainers are all honest, humble and dedicated to the sport. In order to give those interested in using the facility the proper MMA workout, Head Instructor Kultar Gill has assembled a group of well-accomplished competitors. The best of the best in Abbotsford have come together to train everybody in this community-based, family-orientated academy. We are not just a gym, we are a team and a family where everybody helps each other out in an inclusive positive environment open to anyone who wants a full body workout and self-esteem among the many other benefits of training in martials arts. 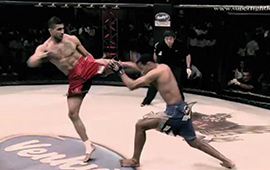 Kultar Gill decided to open a martial arts academy under his name, Mamba Martial Arts Academy. Giving back to the community, he gave Abbotsford the most elite and state of the art facility for athletes who want to meet their martial arts goals. This is not restricted to just a ring, but for fitness, self defence, self confidence, self esteem, self belief, focus and social well being, among the many other benefits you will receive here with Team Mamba. Kultar "Black Mamba" Gill is a world renown accomplished fighter and: Canadian Muay Thai Champion & Pacific North West Champion by age 16, Fought for first world muay thai title at age 16, Ranked 6th in the world by age 19, At age 26 was picked up by the elite MMA and Kickboxing organization in the world (K1), Coached and cornered fighters in the UFC, K1 and other recognized organizations, Brown belt in Brazillian Jiu Jitsu, Most recently fought with Super Fight League. 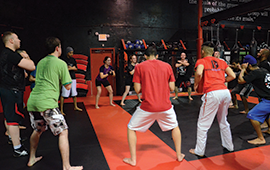 Team Mamba is home to many amateur and professional fighters, as well as a recreation team. Everybody trains alongside each other, helping each other... we are more than a team, we are family. Our fighters are our coaches, alongside well-accomplished specialists we bring in to sharpen out technique. Within the first year of opening our fighters fought on fight network, HD net fights, colors TV and the Dream championships in Japan. All of our fighters, amateur and professional, are expected to pass a rigorous fitness test prior to any and all fights.

Looking for gym space to rent for your fitness group or activity? Contact us. We are a community-minded gym open to the public, that prides ourselves on providing a safe and positive environment for everyone.

"As a former teacher of Kultar I can tell you that he is a highly focused, dedicated and talented athlete who believes firmly in the life lessons that can be learned through Martial Arts. He is and always will be a true Champion."

"my 2012 year end awards on MMAMadhouse Live.... Mamba MMA was my choice of gym of the year as they compiled a 22-5(?) record in 2012, congrats to Kultar Black Mamba Gill his teammates and students."

"Kultar Gill is one of the greatest fighters to ever come out of British Columbia or Canada. This is one of the best places to train MMA in B.C."

"If you want to be the best you have to train with the best, Mamba MMA is top of the food chain when it comes to training"

"I trained with Mamba when I was in Vancouver. The level of training was excellent for both pros and amateurs"

"Mamba had great insight into transitioning my wrestling into MMA."

Mouth Guard, Gloves and Shin Pads are mandatory for sparring.